Claudette Johnson: I Came to Dance

Intimate, powerful and sometimes deliberately uncomfortable, Claudette Johnson’s studies of black men and women demand attention and command respect. This show is an overview of one of the most accomplished figurative artists working in Britain today, and the first major institutional solo exhibition since 1990 of London-based artist Claudette Johnson (born 1959, Manchester).

Johnson asserts, “I do believe that the fiction of ‘blackness’ that is the legacy of colonialism, can be interrupted by an encounter with the stories that we have to tell about ourselves”. To this end, her art sets out to redress negative portrayals of black men and women and to counter the invisibility of black people in cultural spheres and beyond. “I’m interested in our humanity, our feelings and our politics; some things which have been neglected” the artist explains.

Her large-scale drawings exude confidence and freedom. They are free of many of the constraints associated with traditional notions of portraiture, in that her subjects are rarely accompanied by objects tying them to a specific history or life. Johnson’s figures feel present and the people she depicts poignantly defy objectification.

Johnson’s figures also appear free of spatial constraints. Drawn on immense sheets of paper, and larger-than-life her subjects push beyond the boundaries of the spaces they inhabit. They seem to enter the room alongside the viewer, filling it with character and presence.

Johnson began her career in the early 1980s when she joined the newly formed BLK Art Group. Comprised of black British art students, including Keith Piper, Donald Rodney and Marlene Smith, the group produced revolutionary work with a strong political and social focus. Johnson remains driven by a sense of urgency “about our apparent absence in a space we’ve inhabited for several centuries”. This exhibition brings together works from the 80s to recent and new works, providing a unique opportunity to experience her strong and commanding body of work. 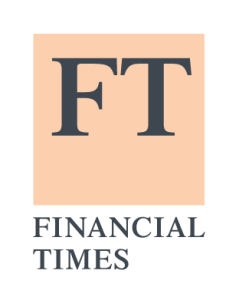 Amazing exhibition. Always takes me out of my comfort zone. Modern Art Oxford curation is always so informative but unobtrusive too. Great to have it in Oxford.

Loved your I Came To Dance exhibit. Thank you for supporting artists of colour.

Such powerful works! Used to show her work to my students to discuss black feminism, inequalities and identity. So happy to see her work in real life.

Creative Conversation: I Came To Dance